Looking back in history, expressions of prayer have taken the forms of vibration, voice, sound and dance since ancient
times. In the performance on Friday, February 3rd we will present our prayer through Ancient Shinto chanting,ancient
spiritual musical instruments, and Shizuno’s original dance which is based on traditional Japanese dance. The ancient
Japanese Shinto chanting, which is normally dedicated only in shrines and temples, will be unveiled for the first time in
Hawaii.
We think the rituals and beliefs of Hawaii and Japan are connected and essentially similar. You will find out more about
these ideas in the workshop on Sunday 5th February. We hope the performance and workshop will provide us with an
opportunity to share wisdom from ancient times, and bridge the ancient cultures of Hawaii and Japan. 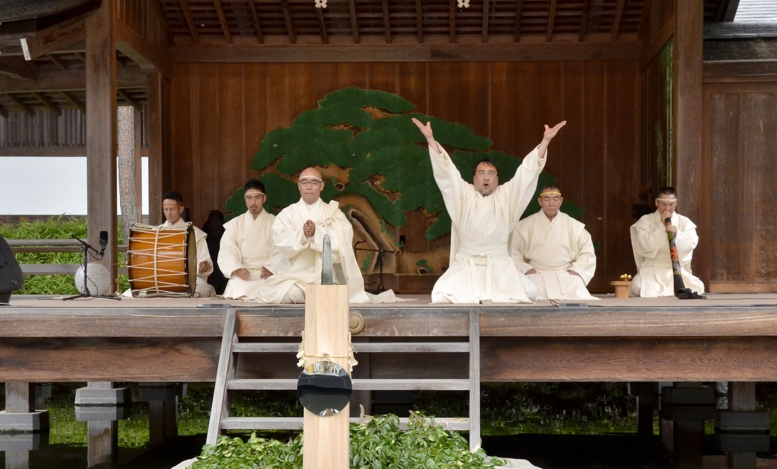 Prayer through言霊 [KOTODAMA], 音霊[OTODAMA] &舞 [MAI]
Our February 3rd prayer is expressed through 言霊 [KOTODAMA], 音量[OTODAMA] &舞 [MAI]
Have you heard of those words?
言霊 [KOTODAMA]
In Japan, we believe in the power of language, and we call it KOTODAMA. In our Japanese belief,
KOTODAMA, is comprised of 50,forms of the
universe which have invisible spiritual power. Ancient Shinto chanting, which is to be offered on stage,
has wisdom inherited from ancient times.
音霊[OTODAMA]
As well as a belief in KOTODAMA, we have believed there is spirit in sounds. From ancient times,
we have used spiritual musical instruments to
include the gods in ritual ceremony. On the stage, a musical instrument of stone with a naturally formed hole,
Iwabue, will be played.
舞 [MAI]
MAI is traditional Japanese dance which has been dedicated in shrines and temples.
The very first MAI in our history appears in KOJIKI, the most
ancient written story in Japan. Goddess of dance, AMENOUZUME danced the MAI.
Shizuno created her original MAI based on the AMENOUZUME
dance, which is called “The SPIRAL VISION.” She believes the vibration of dance has invisible
power and spirals create powerful energy. 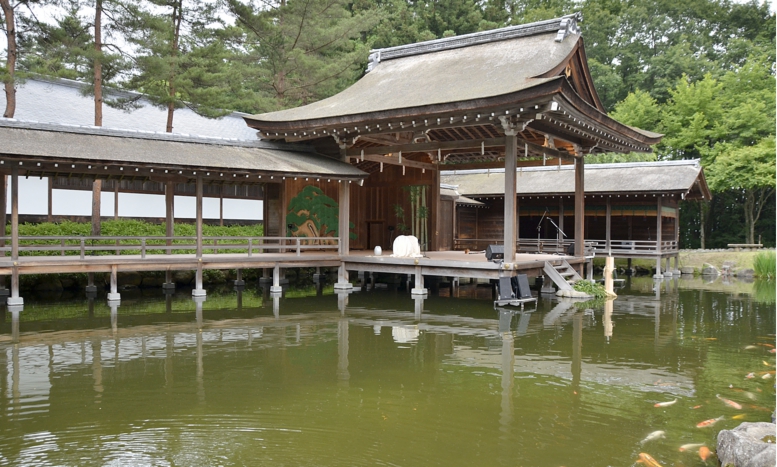 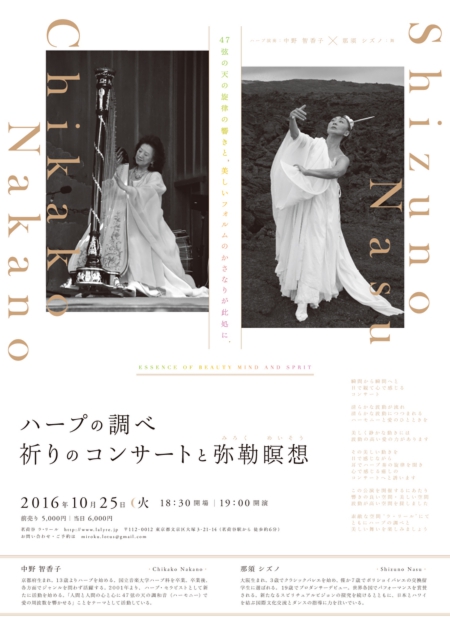 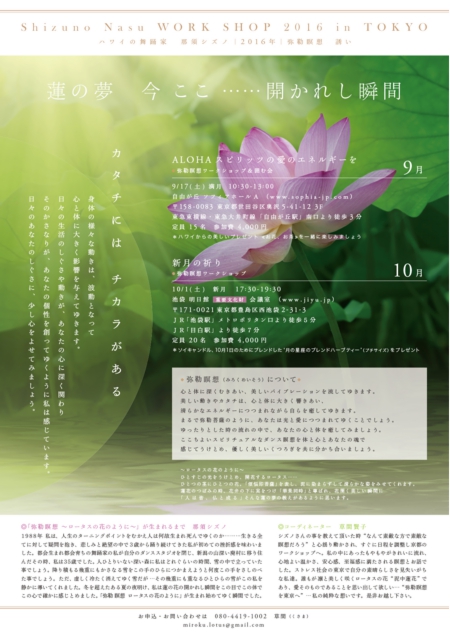